Which Are the 10 Most Popular Pet Breeds in the US, and Why? 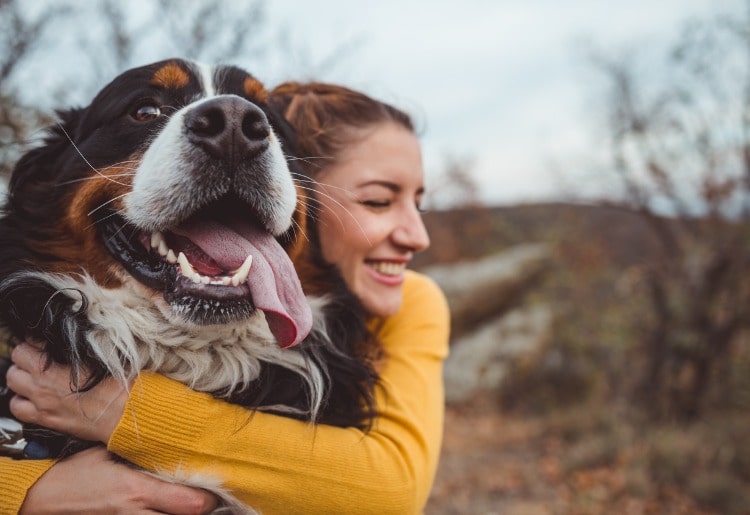 Americans love their pets, right? Yes, but no one can quite agree on what the most popular pet in America is! While dogs, cats, and fish are all top contenders, all the reputable polls and surveys seem to name a different one as numero uno. In honor of National Love Your Pet Day, which takes place on February 20, we delved into the data to try to determine who takes the prize.

Why the discrepancies? The methodology used in collecting the data certainly has something to do with it, as do the goals of the parties conducting the surveys. Additionally, it seems that some surveys count the actual number of pets and not the number of households. For example, there may be more fish in households in America, because fish are small and usually bought in bulk, but how many households are they actually found in?

After combing through these surveys and sorting out the methodology, we’ve compiled our own list of the most popular pets in America:

Is it any surprise that man’s best friend is number 1? Most surveys indicate that dogs are the most popular pet in the US, though there may actually be more fish in circulation. As any dog owner knows, dogs are loyal, loving, cute, and calming. Most importantly, they offer unconditional love. The fact that they require walks isn’t a downside — it’s a benefit. Many dog owners love the exercise they get from walking their dogs. Some even say that it’s their reason for getting up in the morning. Different types of dogs are great with kids, blind people, and people with emotional issues. The most popular dog breeds in the US are:

Don’t dare tell a cat owner that cats are aloof or cold, because they will deny it with all their hearts. And there is obviously something to it — cats are one of the most popular pets in America, specifically among women. Cats are cuddly, sweet, and clean, the latter of which can be a big deal to people who want a pet but not the mess. The most popular breeds of cat in America today are:

World Atlas states that freshwater fish are the most popular pet in America, and it seems that indeed there are more fish as pets than any other animal. However, when it comes to actual households that fish are found in, the number decreases. Still, number 3 isn’t too bad. Fish are beautiful to look at, don’t require attention, upkeep, or walks. Plus, they’re usually a cheaper option than their furry, landlubber counterparts. Freshwater fish specifically are easy to keep, unlike saltwater fish, which require more maintenance. Fish owners also report feeling a sense of calm when looking at their fish. What more could you ask for? Popular freshwater pet fish include:

Birds are the fourth most popular pet in America, and once again, it’s easy to see why. Birds are lovely, provide entertainment for kids and adults, and also serve as a conversation starter. They require minimal upkeep and are a good choice for people who want a pet that does more than a goldfish but that also doesn’t require loads of attention. The most popular breeds of pet birds in the US are:

Even though rabbits are technically considered a small animal, they get a category of their own because of how desirable they are as pets. The popularity of rabbits is due mainly to their adorableness, but the reason they’re not more popular is that they’re not that easy to keep. Rabbits are considered an exotic animal by vets and insurance companies and can end up being more expensive than dogs and cats. Plus, they need exercise and are actually hunters, which means they don’t love being picked up by humans. But all their difficulties aside, they are just so darn cute, which is why they made the Top 10 list of Most Popular animals in America. If the list was Most Popular Animals Around Easter Time, rabbits would be number 1. Popular pet rabbit breeds include the:

Parents of little kids who want a dog or cat often get bargained down to a small, furry animal that doesn’t require much maintenance. Though they don’t show much affection, they sure do get it. Because they’re so small, kids shower them with attention and cuddles, perhaps more than they might like. And when the kids are done, back into the cage the animal goes. Easy, cute, and easy. The perfect trifecta. Popular small animal pets include:

Believe it or not, there are some strange people in the world who don’t like cuddly cute pets. Instead, they go bonkers for pets of the scaly, slimy variety. These kinds of pets are easy to keep, provide mesmerizing entertainment, and don’t require walks, shots, or attention, though they get plenty of the latter. Popular reptiles and amphibians include:

Whereas chickens have traditionally been found on farms, since the 2000s, poultry-as-pets have been slowly infiltrating the lives of non-farmers. Chickens can provide hours of entertainment, and if you want, you can get the added benefit of eggs. Believe it or not, chickens are actually considered a low-maintenance pet. They sleep outside in a chicken coop and mill about the yard in the morning. Roosters, however, are a different story, and are banned in some cities due to the crowing. Popular pet chicken breeds include:

Another farm animal to make the list, horses rank a bit lower than chickens since they’re bigger and require substantial housing and maintenance. Horses, however, are remarkable creatures, offering entertainment, activity, and affection in their own way. This is why kids go crazy for them, and most parents end up feeling the same way. Popular horse pet breeds include:

Whether your pet ranks in this Top 10 list or not, the main thing is that you love it and that you take care of it. You can show it the love it deserves by taking out pet insurance from a top provider to ensure it stays healthy and in good shape. That’s what having a pet is all about, isn’t it? Whether it’s a dog, a fish, a bird or a lizard, pets are creatures that you can play with, care for, and love. And adding some love into the world is always a good thing.

ByElana Kutscher‏
Last updated: Jun. 22, 2020
Elana is a creature of the digital age, and has been working in social media marketing and content for the better part of the past decade. She has experience with software and online platforms from multiple projects with high tech firms.
Best Pet Insurance CompaniesCompare All
Pets Best
Spot Pet Insurance
ASPCA
EMBRACE
PetPlan
Compare All