How to Choose a CD 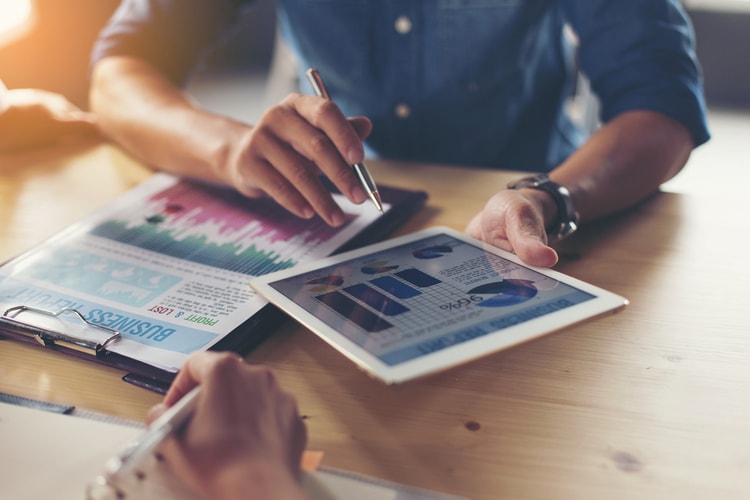 If you're looking to save your money, you should consider using a Certificate of Deposit, or CD account. CDs are increasingly popular and for good reason. They are savings funds that promise a higher, fixed rate of interest, in exchange for locking your money away for specific amounts of time. Here’s everything you need to know about choosing a CD.

Is a CD the Right Savings Option for You?

The first thing to decide is whether a CD is really the best option for your savings. On the one hand, CDs generally offer a higher rate of interest than standard savings accounts and come with the added benefit of FDIC insurance so that even if the bank or credit union fails, you won't lose your money.

However, some people find it difficult to lock their money away for a specific period of time. If you are one of them, you might prefer a savings account or money market account, which gives instant access to your cash. You also can't top up a CD on a regular basis, and usually can't easily switch to a higher interest rate if rates go up. If any of these are important factors for you, you might prefer a different type of savings fund.

Once you’re sure that you want a CD, it’s time to choose the best one for you. Most banks and credit unions offer at least one CD, so it’s important to do your research, compare rates and terms carefully, and think hard to know how to choose a CD.

What to Look for in a CD

Before you start comparing CDs, think about how much you want to save, and for how long. Most CDs have stepped interest rates, so you won’t get the best rate unless you invest a certain amount. $25,000 is a standard high CD balance, but you can often access the best rate for just $1,000 or less.

In general, the longer the savings term, the higher the interest rate, so look for CDs with a longer-term. Some CD terms are as long as ten years, but one year, three years, and five years are the most common. Although you want a long term to enjoy better interest rates, don't ignore the risk of early withdrawal penalties. If you can't leave your money for five years and end up paying the penalty for early withdrawal, you could end up with less than if you'd invested in a one-year CD and rolled it over each year.

Don’t get hung up on a specific term. Some banks and credit unions offer odd terms, like 17 months or 13 months, as a promotional gimmick or to celebrate their anniversary. These can come with much better rates, so look out for odd length terms.

Some financial advisors recommend laddering your CDs. This means that you divide your investment amount into five, and invest one portion in a one-year CD, one in a two-year CD, and so on. Then, when the first CD matures at the end of one year, you invest that amount in a top-rate five year CD. You do the same the following year with the amount from your two-year CD, and so on, until you have five five-year CDs, each one maturing every 12 months. This way, you get the top rates from a five-year CD, but you can access your money every 12 months, so if you need the cash, you won't have to wait too long.

Even if you’re sure that you won’t need to touch your CD principal until the end of the term, always compare the early withdrawal penalties. You can’t foresee the future, and you might end up needing to cash in a CD early.

Most banks and credit unions charge a specific number of months’ interest as a penalty, but some charge a fixed percentage. If you only just opened the CD recently and haven’t had time to earn much interest, this could mean that you don’t even get back the amount you deposited, so always compare early withdrawal penalties.

There are some CDs that come without early withdrawal penalties, but as you would expect, you’ll get a lower interest rate.

Another important question to ask when selecting a CD is what happens when your CD matures. Usually, you'll hear from the bank or credit unions a few months before maturation, asking what you'd like to do with the maturing funds. Typically, your options will be:

If you miss the maturity date and you don’t send any instructions for what to do with your funds, the bank or credit union will have a default course of action. Usually, the default action is to roll it over to a new CD, which means that the money will be locked in for another term unless you pay early withdrawal penalties.

As well as standard CDs, you can also choose between specialty CDs that have unique terms and conditions. Here are some popular specialty CDs to consider:

Compare CDs to Find the Best Home for Your Money

It can be tough to know just how to choose a CD for your needs, but when you take the time to really think about what you want out of your CD and go online to compare rates, terms, and conditions between different CDs, you can find the right CD for your savings.

BySarah Pritzker
Last updated: May. 18, 2020
Sarah Pritzker is a content writer with years of experience and a keen interest in the vast world of online consumer products. She enjoys helping readers make sense of the options on the market in a variety of fields.
Best SitesCompare All
BBVA
Barclays US
Discover
American Express
Chime Bank
Compare All