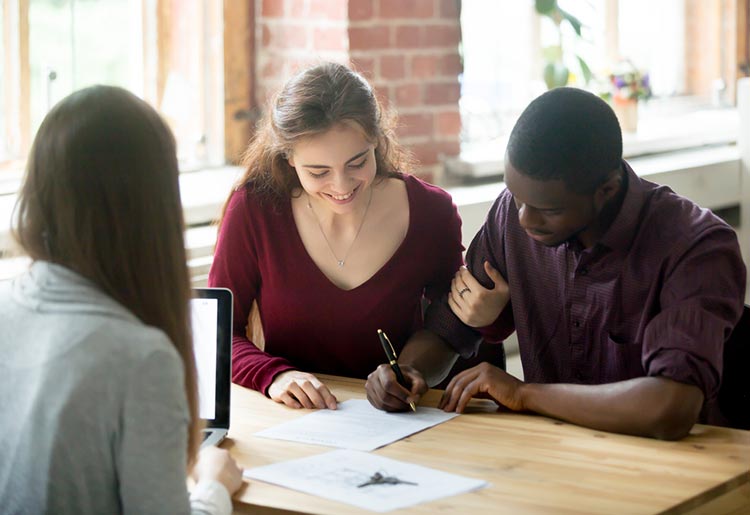 The dream of buying a house and having your own little corner of the world is one that almost anyone can relate to. For many of us, saving the money for a down payment can seem like the most difficult part of realizing this dream, but there are other hurdles out there for minority groups.

Lending discrimination based on race, gender, age, income assistance, and marital status is illegal, but for generations has boxed people out of home ownership.

Let’s take a look at mortgage discrimination so that you can know your rights and how to protect them. You can still become the owner of your dream home, even when your dream is deferred.

What Is Mortgage Discrimination?

Mortgage discrimination refers to the illegal denial of loans, or offering less preferred rates to borrowers based on their race, gender, religion, age or ethnic origin. Historically these measures have been used in order to deny loans to minority groups, women, the elderly, and those with less conventional incomes, or to restrict their house purchases to certain areas.

About Racial Discrimination: “Redlining” and “Blockbusting”

One of the most pervasive forms of such discrimination in the 20th century was “redlining.” This entailed denying loans and other services to people in specific areas, typically those which were heavily made up of racial minorities. This created not only a serious obstacle to home-owning in such areas, but also meant that investment for businesses, renovations, and other initiatives were stifled, helping exacerbate urban decay in predominantly low income and minority areas. Denying loans based on race is illegal though, so reputable lenders won’t engage in the practice of redlining—be sure to choose one of the best mortgage lenders to ensure ethical and legal practices are upheld.

“Blockbusting,” refers to another method which real estate agents have used to encourage  “white flight” in order to purchase houses from white owners below market value and resell them to minority families at a significant mark-up. Like redlining, this practice often made home-owning far more difficult for certain Americans based on the color of their skin. Like redlining, this practice is illegal. Comparison shop and be aware of the property value of the homes you are looking at—if something seems suspiciously high in price, ask why.

What About Sex-Based Mortgage Discrimination?

Women have faced added difficulties in receiving loans, especially pregnant and single women. Lenders may be concerned that a pregnant woman will leave work soon to take care of a newborn, and won’t have a steady source of income, or that a single woman has only one income.

This sort of discrimination is illegal, and has traditionally had the effect of making it harder for women to accrue assets and ensure their financial futures, to some extent perpetuating income disparities between the sexes.

As with racial discrimination, discrimination based on gender is illegal. Mortgage rates and terms are based on income, credit score, job stability, the size of your down payment and the location of the home. You have the right to question any suspicious mortgage rejections or rates, and speak with qualified lenders who will address your concerns.

What About Age Mortgage Discrimination?

Under the Equal Credit Opportunity Act (ECOA), it is illegal for lenders to deny you a loan solely based on your age. That said, your age can play a role in the considerations.

Older borrowers often face discrimination, with some lenders unwilling to provide long mortgages to people who are already nearing retirement age, the assumption being that the borrower will have less income in the years to come and will be less able to keep up with payments. It is thus illegal for a lender to decide not to give you a loan because you will enter retirement soon, or based on your health status.

On the other hand, while it is illegal for the lender to deny the loan outright, your age can affect your income, and that impacts the terms of the loan. If you are retiring soon and your income is scheduled to drop significantly, the lender may consider you more high-risk and offer a loan with terms that are less favorable. The size of the down payment can affect how the lender views the loan, and the rates given.

Younger people may also face more difficulties, due to a shorter credit history and lower income on average.

What About Income Mortgage Discrimination?

It is perfectly legal for lenders to take into account your income when deciding whether or not to give you a loan, and it’s a primary consideration. After all, they want to make sure you can make the payments. They are not allowed to do so based on the legal source of your income.

It is against the law for lenders to deny you a loan if your income is made up partly or entirely from non-wage sources of income, such as veterans benefits, social security, child support, pension, government assistance, and the like. If these sources help comprise your total income, include them in your mortgage application as it can only increase your total income, and therefore improve the rates and terms of your loan.

What Can I Do If I Think I Was the Victim of Loan Discrimination?

The 1968 Fair Housing Act (FHA) was enacted in order to stop discrimination practices in mortgages, and made it illegal to deny loans based on the applicant's familial status, race, national origin, religion, sex, or disability. Not long after, in 1974, the federal government passed the Equal Credit Opportunity Act (ECOA), banning creditors from discriminating in credit applications based on sex, national origin, race, religion, marital status, age, and their use of public assistance or other non-wage sources in their income.

First things first though, whenever looking for a loan you should shop around with multiple lenders. This will give you an idea of which rates are fair, and also give you a better idea of which lender isn’t being straight with you. For instance, it’s natural for there to be fluctuations in interest rates between lenders, but if a single lender quotes you a rate far exceeding the others, something may be amiss.

If you suspect that your application was denied for unfair reasons, you should first inform the lender. This may result in the lender considering your request. If not, you can contact the office of your state attorney general or file a complaint with the Department of Housing and Urban Development. You can also consider hiring an attorney to pursue legal options.

For generations, housing discrimination kept the dream of home ownership beyond the reach of countless Americans, but since the ECOA, you always have options and the law is on your side.

We know that buying a house can be stressful - after all, it’s the biggest financial decision most people make. By knowing what to look out for, you can ensure that the biggest hurdles remain financial ones, like your down payment, and that you’re on a level playing field and closer than ever to getting a house of your own.

See these in-depth reviews of the leading mortgage lenders for more information on rates and terms.

ByTop10.com StaffJun. 18, 2019
Our editorial staff is comprised of writers who are knowledgeable about financial services. We specialize in simplifying the process of choosing the right mortgage lender for your needs.
Best Mortgage LendersCompare All
Fairway Mortgage Corporation
LendingTree
Quicken Loans
Rocket Mortgage
Amerisave
Compare All