What Does Amazon's New Headquarters Mean for Your Housing? 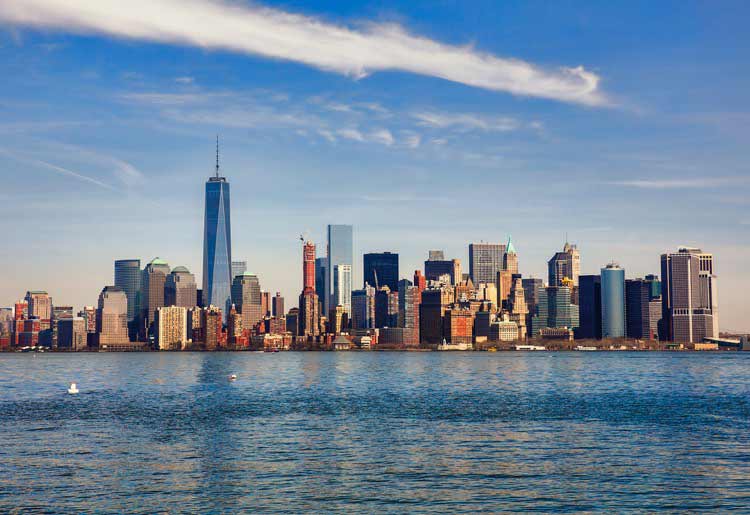 It was a gold rush for the modern era. An all-out, full-court press by one major American city after the other, all of them finding new, inventive ways to win the favor of one of the world’s most colossal companies.

In the end, Amazon decided to split its new headquarters between Long Island City in Queens and Crystal City in Arlington, Virginia, opting to bring tens of thousands of new jobs to 2 of America’s wealthiest and largest metropolitan areas (NY and DC) despite the efforts of more than 200 local and state governments who were hoping to hitch their wagon to Jeff Bezos’ Leviathan.

The “HQ2” complexes are expected to employ more than 25,000 people, and Amazon has stated that it will invest $5 billion in the 2 locations. The locations are the secondary headquarters of Amazon, which for years has had its home base in Seattle. The search for a second home was announced by Amazon in late 2017, and the company made the unusual move of describing it as a second headquarters and not as merely a satellite office of the Seattle base.

Why Look Outside Seattle?

Amazon has been blamed by many in and around Seattle for driving up housing prices and worsening homelessness in the Emerald City. Seattle has also long been home to progressive policies and taxes which have been widely framed as “bad for business,” including for Amazon, which has been credited for helping kill a “head tax” that would have affixed a $275 per employee tax on businesses making more than $20 million a year.

Whatever the effect local politics had on the decision, Amazon has made it clear for months that the company was also looking for locales that already have large pools of experienced, qualified talent, and which can easily attract people relocating for work.

In the end, the winning cities promised massive incentives to Amazon despite their own public works needs, though some opted to stay out of the fray.

What Effect Will the New Amazon Headquarters Have on Real Estate?

Whatever larger civic ramifications may be felt in the long term, even before Amazon made the announcement in November, real estate investors and spectators began raising money to purchase property in cities that were shortlisted for the new headquarters.

Like in New York, in Virginia, the new headquarters are expected to spark an apartment boom. Rent prices are already 5% more expensive than they were a year ago in Crystal City, and should continue to climb. Amazon employees likely will be able to look in areas farther away from the headquarters along the rail lines, meaning that housing prices could climb across the wider Arlington area.

Those who had capital invested in multi-family housing could be particularly well-positioned to benefit from the price increases, but so will individual homeowners.

What effect will this have for renters? Since it’s safe to assume that many—perhaps even a majority—of the Amazon employees will prefer to rent their properties, landlords should benefit from a rent surge as well.

Buy Before the Price Hike, or Wait to Sell While Your Equity Grows

If you’re renting in the Queens or Arlington areas, this could be the time to buy—before your rent goes up, and while you can still get your name on the mortgage before the prices climb higher.

If you’re already a homeowner, a spike in home prices could mean a big difference in the equity on your property. This could be a real boon if you’re considering a home equity loan. At the same time, significant real estate price increases should mean that your property taxes will go up—which could increase your rent if you’re a tenant, and make being a homeowner significantly more expensive if you’re in a place of your own.

Beyond Amazon: Real Estate in the Cities Passed Over

Massive companies like Amazon can have a major impact on the prices and quality of life in the cities they call home, and the effect it has on you can make a world of difference depending on your housing, employment, and cash flow situation.

If you live in a city that was passed over by Amazon, this could mean a loss of highly-skilled, good-paying jobs in your area. As a homeowner, if you were counting on an influx of Amazon workers flush with cash and looking for housing, then your disappointment is understandable. On the other hand, if you’re a tenant already feeling the crunch making your rent each month—and making it home in rush hour traffic—then missing out on the new Amazon headquarters may have a clear silver lining.

ByBen HartmanDec. 19, 2018
Ben Hartman is a writer focused on the worlds of tech, criminology, and genealogy, and how it all plays out in the human experience.
Best Mortgage LendersCompare All
RateZip
Quicken Loans
Amerisave
FreeRateUpdate
Rocket Mortgage
Compare All