The Science of Self: Which Traits are Inherited Through DNA? 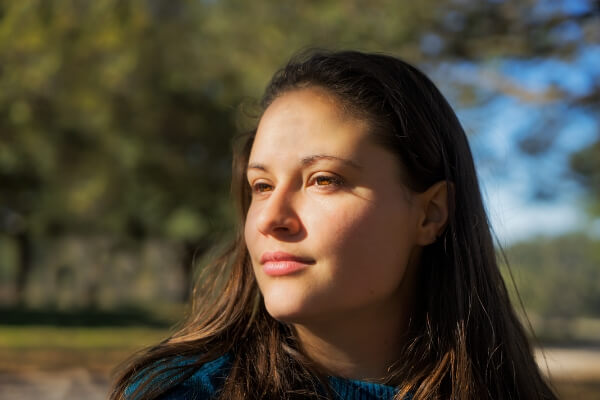 Are you a people person or do you cringe at the thought of being at the center of a room full of people’s attention? Do you fold like a cheap suit under pressure or are you able to stay cool, calm, and collected when taxed? Does stamp-collecting fascinate you or bore you to death?

How you answer these questions and others regarding personality differences has a lot more to do with your genes than you might think. In fact, scientists (shout out to Johann Gregor Mendel, the Father of Genetics who discovered the basic principles of inheritance while working with a simple pea plant) are discovering that your DNA has you programmed with certain traits and behaviors before you’re even born.

DNA: A Piece or the Whole Picture?

Both behavioral traits and personality differences have been proven to have direct correlation to our genetic makeup. This has been shown predominantly (though not exclusively) through twin studies in which 2 people with the same genetic makeup (i.e., twins) were put into different environments. Their personalities, traits, and behaviors were measured, and the results were astounding. Most twins participating in these studies displayed similar behaviors, dispositions, and reactions despite having varying environmental influences. Twins frequently dressed similarly, shared the same political affiliations, and even displayed similar cognitive abilities (something that's significantly influenced by environmental factors such as educational values of the home, materials made available by the school system, and extracurricular activities).

Of course, we’re not entirely the product of some egg-sperm interaction. The homes we grow up in, the society we live in, the schools we go to, the friends we have, and most importantly, the choices we make, all contribute to the complete picture of who we are as individuals.

But genetics are a huge factor in the formation of our character and can influence our behaviors, personalities, and attitudes in subtle but tremendous ways. In fact, there’s an entire branch of science called behavioral genetics that studies the origins of behavior, the differences in behavior from one group or subject to another, and where behaviors really come from. What’s come from massive amounts of research is that genetics play a significant role in forming our personalities and even more influence on our IQ.

So, if you were ever wondering why you get giddy when “Smells Like Teen Spirit” goes on, why you crave potato chips and ketchup, or why you would rather saw your arm off than speak in public, you can probably blame it on your genes. From political views to the way you pick out your clothing, here are a few interesting traits that were handed to you via your good old family tree.

The Science of Our Selves

Before we dive into the examples of inherited behaviors and traits, let’s just have a quick lesson in genetics, so we can understand what we’re talking about. Genes give our body a blueprint for how it’s supposed to be built. If you get a blue-eye gene, your body knows to respond by creating you with blue eyes. Using an algorithm known as heritability estimate, scientists are able to determine how much influence our genes actually have over our behaviors.

Obviously, this is an over-simplification of an incredibly complex process, but it gives you the basic idea of how genes work. But genetic coding gives us more than just the physical attributes we can see and feel. Our personalities are also built using those same genetic blueprints, which is why we have different personalities from one another and why many families share behaviors and traits.

Our physical traits are the most commonly-known representations of genetic influence at play. Everything from our hair and eye color to our height, build, and the shape of our nose are determined by our parent’s gene contribution. This is why children usually look like one or a combination of their parents; it’s because they’re actually getting those exact same genes from their parents as a blueprint for how they should look.

Obesity is a genetically inherited trait. That means your body will respond in specific, pre-defined ways. This can include things like how fat is used within your body, how often you get hungry, and how motivated you are to work out. Just because you're predisposed to obesity due to your genetic makeup, doesn't mean you have to be obese though. The foods you eat, the type of lifestyle you live, and your level of activity,  will also contribute to your health and weight. This is a great example that illustrates the importance of both knowing your genetic dispositions and using positive factors to counterbalance those dispositions.

Addiction is another trait that can be inherited but also has a tremendous environmental factor as well. Let’s say you were born with the disposition for an addictive personality. As such, you might be more inclined to become addicted to alcohol. If you grow up in a society or home that promotes abstention, educates you on the dangers of excessive alcohol consumption, and limits any interaction with alcohol, you will likely not develop this addiction. On the other hand, if you are raised in a home or society that (intentionally or unintentionally) promotes alcohol consumption, makes it readily available, and doesn’t discourage this behavior, you are likely to become an alcoholic since your genetic disposition is already there.

Do you love roller coasters, driving fast, and extreme sports? You may need to thank your genes for that. People who possess a variant of the gene called DRD2 may have fewer dopamine receptors within them, making them feel greater levels of pleasure and satisfaction in order to register these sensations. This gene can push people to seek thrills, try novel experiences, and generally live life on a larger scale than others.

A ton of research has been put into a controversial gene called MAOA. Also known as the Warrior Gene, MAOA has been correlated with increased violence, outbursts of anger, and criminal activities. What’s interesting though is that everyone carries the MAOA gene. Certain genetic mutations along with other factors such as intoxication and abuse can exacerbate this gene, creating a greater propensity (though not an insurmountable need) for violence and crime.

At the end of the day, brain development, activity, and behavior are the result of a combination of several factors, and genetics is a big one. Using DNA testing, we can actually uncover our genetic dispositions, along with which characteristics, personality traits, and behaviors we are more prone to. But why is this information so important? As we all know, knowledge is power, and our genetic coding is an incredibly powerful tool we can use to enhance our lives in immeasurable ways.

If you knew you had a predisposition for diabetes, wouldn’t you limit your sugar intake? And that’s just what DNA testing is doing for people today. Parents can help their children develop latent talents based on this genetic information, giving them tools and encouragement in the right direction. Dieters can achieve their weight loss goals at last with the understanding of how their bodies work and which foods and exercises will produce those long-awaited results. People who are at a higher risk of developing certain diseases such as heart diseases or diabetes can avoid the foods or activities that will accelerate these conditions. Armed with this kind of genetic data, we can know which actions to take to help overcome those predispositions to help us be the happiest, healthiest versions of ourselves we can be.

BySarah PritzkerDec. 05, 2019
Sarah Pritzker is a content writer with years of experience and a keen interest in the vast world of online consumer products. She enjoys helping readers make sense of the options on the market in financial industries including credit reports, business loans and car loans.
Best DNA Testing KitsCompare All
MyHeritage
LivingDNA
Ancestry
Vitagene
Orig3n
Compare All