Check Your Ethnicity: How to Respectfully Celebrate Your DNA Results 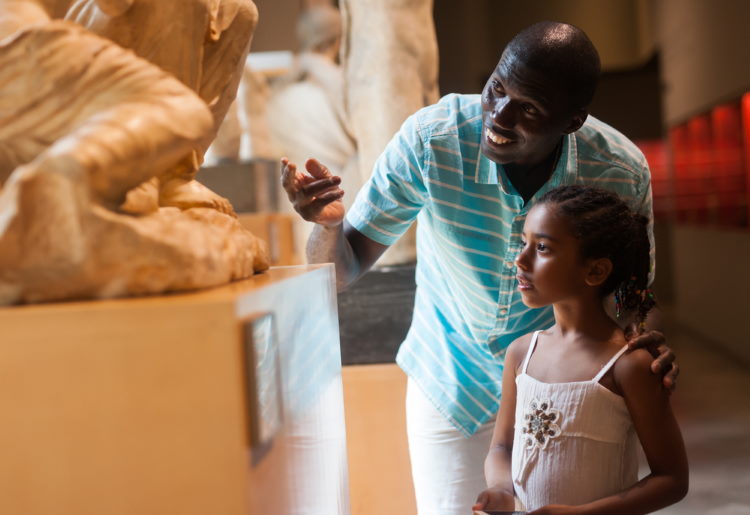 So you took a DNA test. You swabbed your cheeks, waited eagerly for the results, and finally, here they are—a record of your genetic past that spans centuries, continents, languages, and cultures. Amazing.

DNA tests are truly astounding, which is why more than 26 million people have volunteered their saliva for a glimpse into their backgrounds. Anything that reveals something new about your family history and personal identity is worth getting excited about. It’s natural to want to broadcast the news to the world.

But there are better and worse ways of doing it. And we’ve seen too many people go about it the wrong way, causing offense to others and embarrassment to themselves.

Elizabeth Warren’s flaunting of her Native American ancestry comes to mind. But there’s also the man who decided that the 4% of African heritage in his DNA was enough to determine he was black and deserved benefits reserved for minorities. Or those random Facebook friends who feel the need to announce their results with headdress icons, feigned Irish accents, or pronouncements that they’re now “a member of the tribe!” Even corporations aren’t exempt from bad taste—there was the Spotify feature that curated playlists based on users’ DNA results, leaving many scratching their heads or worse when their centuries-old cultures were reduced to an Ed Sheeran song.

DNA results reveal new components of our pasts, and that’s worth getting excited about. The questions being raised today are: how much are they a part of our present?

The answer depends on who you ask. But it also depends on how we act. The more we show respect and a desire to learn about the cultures we find ourselves genetically linked to, the more we can bring those links into the present day.

Rather than turning to stereotypes to demonstrate our newfound kinship, it’d be wise to familiarize ourselves with it. And there are better ways to do that than donning a kilt or heading to Greektown for dinner.

Ideas for Learning More About Your Heritage

America is a diverse country with myriad cultures and ethnic groups. As such, you can find museums, cultural institutions, and heritage festivals across the country that provide an educational and enjoyable peek into any number of cultures. If you’ve just received your DNA test results and are looking for a way to learn more about the culture you come from, consider a trip to one of these places to explore your heritage in a respectful way.

With 1,200 indigenous cultures represented in more than 825,000 items of archeological, artistic, religious, and historic artifacts, the National Museum of the American Indian in Washington D.C. is the largest of its kind in the U.S. The museum represents nearly every tribe throughout America’s history, and is a great entryway into Native American culture and art. You could easily spend a few days viewing its vast collections, roaming the natural campus, and attending the Rasmuson Theater for storytelling, music, and dance performances.

The nation’s capital may boast the largest Native American museum, but the Southeast is where the culture thrives. Check out the Cherokee Heritage Center, a National Register of Historic Places institution that features a replica Cherokee village and moving exhibit dedicated to the Trail of Tears, or visit the Heard Museum in Phoenix, where you can glimpse American Indian art and see American Indian and Canadian First Nations hoop dancers square off in the World Championship Hoop Dance Contest.

Once you’ve learned about Native American history, watch it play out in contemporary times. You can head to Albuquerque for the iconic Gathering of the Nations Festival, an immersive weekend-long celebration of Native culture, music, dance, food, and art, or check out the IAIA Museum of Contemporary Native Arts in Santa Fe for modern-day Native American expression. To sustain your education and involvement in Native American culture, stop by (or place an order from) Minneapolis-based Birchbark Books, a bookstore dedicated to Native American titles where you can find children’s books, educational sources, and literature from celebrated authors like Louise Erdrich.

The National Museum of African Art (NMAfA) in D.C., part of the Smithsonian, spotlights African expression through the ages with nearly 12,000 objects in its collection spanning ancient to modern times. As you stroll the collections you can see Africa represented throughout time, space, and form in mediums such as Nigerian textiles, Senegalese jewelry, crest masks, and decorative arts alongside contemporary works of African art.

Of course Americans interested in learning about their African ancestry should pay heed to the African American experience. The National Underground Railroad Freedom Center on the banks of the Ohio River in Cincinnati is a good place to start—through storytelling, visual art, role-playing, and oral histories, you’ll gain a sense of what slaves went through when trying to escape to the north. Another must see is the National Civil Rights Museum, which is located on the site of the former Lorraine Hotel where Dr. Martin Luther King Jr. was assassinated and features interactive exhibits as well as an active slate of programs, speakers, and events dedicated to contemporary issues of racial justice and equality.

No list of Ashkenazi heritage education sites would be complete without a Holocaust museum. The largest and most recognizable in the U.S. is the United States Holocaust Memorial Museum in D.C., a tribute to the 6 million Jews who lost their lives to the Nazis. Here you’ll be confronted with real artifacts, film and multimedia presentations, historical documents, and the stories and personalities of real victims, all to a backdrop of anti-semitism’s rise in totalitarian 1940’s Germany. Though a necessary stop, it’s an emotional one as well, with graphic content that may not be suitable for kids under 12.

A lighter but no less engaging destination for a glimpse into the Ashkenazi American Jewish experience is the Tenement Museum in New York City’s Lower East Side. Inside of these historic tenement apartment buildings, you’ll see real-life actors recreating the life of cramped, immigrant living in the early part of the 20th century. While you’re in the city, check out the Jewish Museum to see how modern expressions of Jewish life and culture. Another great visit is the Yiddish Book Center in Amherst, MA, where you can immerse yourself in literature, Yiddish theater, and Yiddish culture.

The Irish American Heritage Center in Chicago is a rich celebration of Irish culture and heritage that’s worth a visit for anyone interested in exploring more about their Irish ancestry. Inside this turn-of-the-century building beats the heart of Irish culture—sure, there’s a museum, but the Center also features an Irish school, art gallery, choir, and Irish dance studios, as well as a 650-person theater. One service of particular relevance is the weekly genealogy consultations that let you meet with a genealogy team to learn more about building a family tree and connecting to your roots.

Dublin, Ohio is not the Dublin, but it does partner with the famous city for its annual Dublin Irish Music Festival, one of the largest of its kind in America. The festival is a 3-day extravaganza featuring cultural workshop tents, Irish song workshops, Irish mythology performances at the spoken word tent, and Celtic sport competitions. Of course, in between the sheep herding demonstrations and Highland competitions in open stone and caber tossing, you’ll get to see performances from more than 80 Irish and Celtic bands a year.

The above suggestions are intended to help you better familiarize yourself with ethnicities and cultures you may find yourself linked to following the results of DNA testing kit. It’s important to remember that a museum visit or music festival is hardly enough to qualify you as a member of a group. Ethnic, tribal, and cultural identity is a complex topic that’s best approached with sensitivity and respect.

These are first steps to take in your search to connect with your roots, and a much better alternative to offensive gestures that, as we’ve seen, only further the divide between us. If after learning about a culture you feel the desire to connect even more, maybe consider contributing through advocacy, volunteer work, and participation in local events and organizations.

ByScott HirschFeb. 24, 2020
Scott is a content writer who has worked as a special education teacher, lifestyle writer, and researcher. He enjoys literature and travel and believes that a sense of wonder and curiosity is the key to living a fulfilled life.
Best DNA Testing KitsCompare All
MyHeritage
Ancestry
LivingDNA
Vitagene
Orig3n
Compare All