5 Fascinating DNA Research Breakthroughs in 2019 You Need to Know 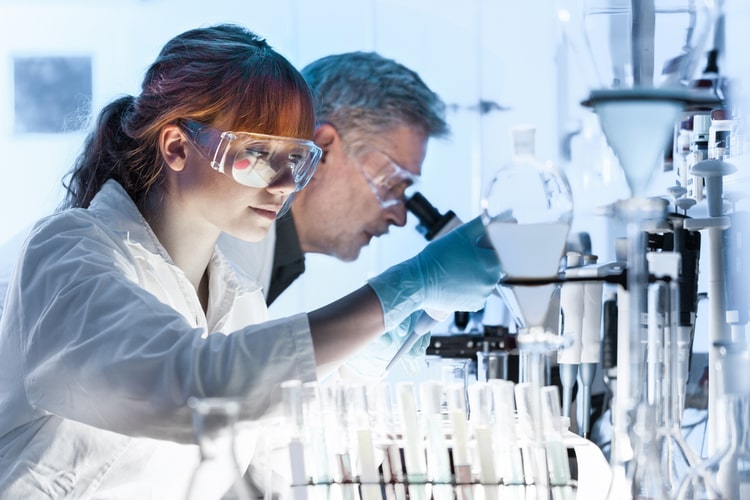 Technology and science are evolving faster than ever before. It’s not since the advent of vaccines and penicillin that so many health related breakthroughs have hit the public eye, and researchers are constantly running further tests and studies to understand the depth of what they’ve already learned about DNA and how it affects us.

The nature vs. nurture debate has come to a head, with more information than ever before about the influence our DNA has over our personal tastes. Gene-edited babies are born, and the scientists involved are investigated for ethical violations. We now know there’s no gay gene, but that our genes do determine what we like in all kinds of interesting ways. It’s been a big year for DNA discoveries, and it’s set to continue through the coming year.

Here are the DNA breakthroughs you should know about from 2019:

Lulu and Nana, the (code named) twins born in 2018, were the first babies born after CRISPR genome editing was done on their DNA. He Jiankui, a professor at Southern University of Science and Technology shocked scientists worldwide when he announced on YouTube that he had used this genome editing to disable a gene in human embryos, against current ethical guidelines. His goal? To advance science, of course, but also to give these 2 little girls resistance to HIV. He claims to have disabled a gene called CCR5, which encodes a protein that allows HIV to enter cells, aiming to copy a mutation that exists in about 10% of Europeans.

The CRISPR technology was developed in 2012, and involves cutting out portions of mutated genes, then allowing the DNA to repair itself or by providing new, healthy versions of the gene. Scientists are still discovering how exact their changes can be, and what the possible long-term consequences of changing human DNA will be--but He Jiankui jumped in, forever changing these twins DNA, along with that of a third child born this year. His employment has been terminated and he could face prison time if he’s found to have coerced the parents (by paying for their IVF treatments), or if the children face medical complications of the procedure. According to Nature.com, Jonathan Kimmelman, a bioethicist from McGill University in Canada says the attention might propel human gene editing forwards, speeding up global participation in the ethics and international oversight of this type of science.

A new population study from Iceland and Salt Lake City, UT, is the most comprehensive DNA Mapping to date in the US from a single population. It’s a collaboration of Intermountain Healthcare and deCODE, a subsidiary of Amgen, based in Reykjavik. A sample of 500,000 patients will consent to having their DNA reporting analyzed, leaving scientists with a scope of data that’s unparalleled, and can be immediately applicable to patient care worldwide. It will help researchers understand the human genome, helping their ability to develop tools to fight diseases like breast cancer, colon cancer, and heart disease. By focusing on the connections between DNA and human disease, scientists can begin to find a causal relationship between the two, addressing the problems en masse, where they begin.

3. There’s No One Gene to Predict Sexuality

Prior twin and family studies have shown that same-sex behavior is genetically influenced, but have been underpowered in detecting which genes and what the effect was. In a large scale statistical analysis performed in the U.S. and U.K. and published in Science Magazine in August, scientists tried to estimate the gene correlation of same-sex sexual behavior with other traits, and examine the biology and complexity of the trait.

Scientists found that no less than 5 genes are significantly associated with same-sex behavior, each with links to biological pathways that involve hormone regulation and sense of smell. All tested genetic variants accounted for 8 to 25% of sexual variation, making a positive but imperfect, and therefore not definite, corelation between specific genes and a disposition towards homosexuality.

More analysis from the study suggests that those same genes do overlap with smoking, casual cannabis use, risk taking, and a personality trait “openness to experience.” Further, these genetic indicators that differentiate heterosexual from same-sexual behavior are not the same as those among non-heterosexuals with lower or higher perportions of same sex partners, suggesting that sexuality is not a single continuum from opposite to same sex preferances. Basically, your genes may or may not make up your sexuality, but if they do, it’s certainly not one specific gene.

A team of scientists at the University of Oxford has found the first genetic instructions hardwired into DNA linking to left-handedness. The 38,000 study participants who were left handed (out of 400,000 people) had 4 genetic spots (loci) differentiating them from the righties in the study. Left-handed participants had better connected and more coordinated brain hemispheres, specifically in the regions of the brain where verbal skills and language develop, as well as image analysis. There’s a very slight increase in disposition to schizophrenia, and a slight decrease in Parkinson's disease.

After a long history of lefties being ostracised or forced into right-handedness, stuck in the wrong desks, with the wrong tennis rackets, and the wrong can openers, it’s nice to finally hear good news. Lefties are supposed to be like that: it’s hard-coded in.

The capability to rewrite genetic code has become famous this year because of the CRISPR editing method’s recent advances, seen as a sort of molecular scissors for cutting DNA. Prime editing may be the largest DNA breakthrough this year, giving CRISPR an overhaul, making it far more precise and less likely to contain mistakes. Instead of cutting the DNA, which can lead to important deletions or insertions, it nicks it and then writes a new section of DNA into that position, replacing the old “code” with an improved one.

Scientists have now made 175 edits to human DNA, removing sickle cell anaemia, Tay-Sachs disease, and others. Potential impacts include being able to correct a large amount of the mutations that cause genetic diseases, as well as healthier crops and livestock. It’s far from ready to test out on people in order for it to be safe, but it’s looking really promising and scientists are optimistic about it’s potential future impact on global health and agriculture.

It Won’t Stop There

The leaps and bounds that our understanding of DNA has grown by in the past year is extreme, and it doesn’t stop with the top 5 we’ve discussed. Synthetic DNA and DNA printing are up-and -coming, your affinity for dogs may be genetic, and woolly mammoth DNA (though not woolly mammoths themselves) has been resurrected in Russia. Some advances are more important than others, but we’re on the cusp of genetic repair that sounds like something out of a fabulous science fiction movie. Stay on top of the DNA news, and learn a little about your own DNA heritage with a testing kit, because 2020 is sure to be interesting in this field.