What are the Most Common Dating Profile Lies? 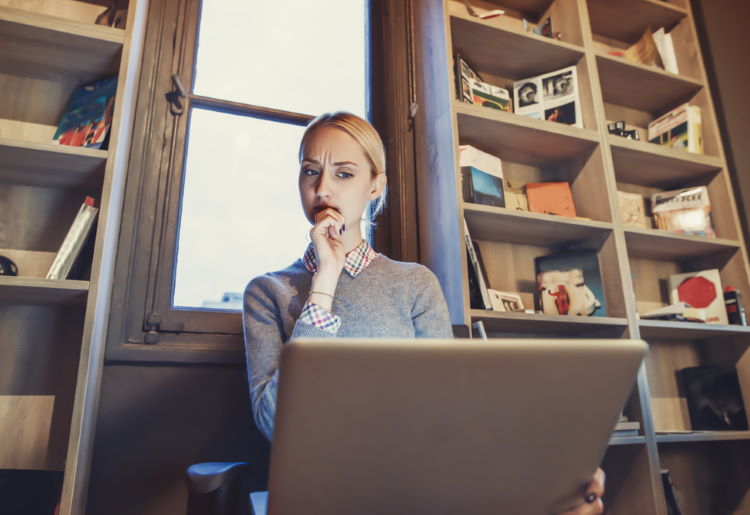 Are there different degrees of dating app profile lying?

As you may have already read in our dating survey recap, 97% of people claim that they have never lied on their dating app profiles. My inner lie detector determines that *might* be a lie, because we have all matched with people who have clearly lied to us about something in one way or another on numerous occasions.

If that is the truth, though, then 3% of people who admit to lying on the apps willingly exposed what it is, exactly, that they tend to lie about. Sometimes they’re little white lies, but other times they’re about topics that are way more serious. Let’s explore 6 of the most common dating profile lies and what those lies say about the person who’s lying about them, starting with the most innocent fibs down to the biggest and scariest ones.

Lying About Your Height

I can think of few things more disappointing than matching with a 6’2” man only to meet him in real life and see that he’s actually 5’10”, or even worse, 5’8” (my height). SMH. If you’re going to claim that you’re 6 inches taller than an already tall person, then you deserve to be banned off the apps forever. Okay, maybe not: I’m just salty. It’s okay to be short, just like it’s cool if you’re an average height—or 7’4”. You may be insecure about your height, and that’s totally fine, but don’t lie about it. Own up to it and don’t present yourself as something you’re not, especially if you’re going to meet someone in real life. That’s a surefire way to set yourself up as a liar and piss off the person who was excited to wear heels in your presence (only to find out they would need to wear flats next time around).

Lying About Your Intentions

You know the deal. “Yeah! I want something serious, too! You’re so perfect!” only to get ghosted after you go on a couple of dates, leaving you wondering if it was you or them. News flash: it’s totally them. They lied about their intentions. They’re a player who isn’t done playing the field, and they clearly don’t want anything serious, otherwise they would’ve been straightforward with you from the start. Allow them to prove to you that they DO want something more than a casual situationship. Chat with them for enough time to determine if they’re just being a sweet talker and trying to quickly win you over to get in your pants or if they truly want to date you and earn your trust. If this has happened to you, please don’t get dissuaded from dating. The right person won’t run away or ghost you.

Lying About Your Age

Okay, wait, one of those things that I CAN think of that’s more disappointing than matching with a short liar is matching with someone who’s 5 years younger than the age they set on their profile. Personally, I’m open to dating someone who’s several years older than me, but not a lot of people are…which poses problems when you meet someone who wasn’t honest about their age. If a person sets their age as 26 but they’re actually 21 (or 18) or 35 when they’re 40, then they’re trying to trick you into thinking they’re something they’re not because they’re uncomfortable with who they truly are. Either they don’t want you to think they’re less mature than they really are or they want you to think they’re more “hip” than they really are. Hard pass, either way.

Lying About Your Job

“Self-employed.” “Aspiring model.” “Entrepreneur.” These are 3 of the most common career lies to make you think someone is more established than they are. Maybe they have a full-time job and make commissions off of a pyramid scheme that their high school pal sold them on, or they have a blog that brings in $200 in ad revenue a month. Whether you flip burgers at McDonald’s, work retail, or are a project manager at a fancy Fortune 500 company, who cares? Hard workers are hot, and you’re more willing to score a match with someone when you tell them what you really do instead of amping yourself up to the NASA astronaut that you’re not.

Lying About Your Current Relationship Status

Is it fair to expect that everyone you swipe through on the dating apps are fair game? AKA they’re single with no strings attached, except with the occasional kid or 2? A normal, single person might think so, yes. Too bad there are some people out there who ruin it for all of us and don’t tell the truth about their current relationship status. Far too often, people lie and say that they’re single when they’re actually not. In our study alone, out of the 3% of people who admit to lying on their profile, one person admitted to saying they were single when they had a live-in girlfriend of 10 years, and another said they were divorced when they were really separated for just over a year. No one cares if you’re divorced or separated. That’s a super common thing nowadays. Be honest about your status though, or risk coming off like the major red flag and reason for your relationship problems that you probably are.

Lying About Your Name

What does this say about the person? They’re CLEARLY hiding something bigger and worse than just their real name. They’re probably in a relationship and are looking for a side piece, or they have a criminal record and don’t want you to find all of the controversial stuff about them on the internet once you casually Google their name. What else are they concealing or lying about? The possibilities are endless, and they don’t want you to find out what any of them are. Run far, far away from this person, whatever their name is, and FAST, and don’t ever look back.

Most of the time, these lies are a direct result of some sort of insecurity about the reality of their life. All of the time, these lies have more to do with the person lying than it has to do with you. Little white lies are okay sometimes, but I don’t know about you—I definitely don’t want to date a liar. If you’re like me and prefer truth-tellers over 5’6” 18-year-old married entrepreneurs who can’t keep their ducks in a row, keep your standards high, and keep your head up that you’ll find someone who will be honest with you from the start. I haven’t found them yet, hence why I’m still waiting for my honest Prince Charming to arrive, but they’ve gotta be somewhere on one of the top dating sites waiting for us.

ByMorgan MandriotaOct. 07, 2019
Morgan Mandriota is a freelance sex and wellness writer with bylines at Betches, Health.com, and BuzzFeed. Her insight has been quoted in Cosmopolitan, Tinder, The New York Times, and more. When Morgan isn't writing about orgasms, dating struggles, or CBD, she loves traveling, eating tacos, and training in Brazilian jiu-jitsu.
Best Dating SitesCompare All
Zoosk
EliteSingles
Match
SilverSingles
OurTime
Compare All