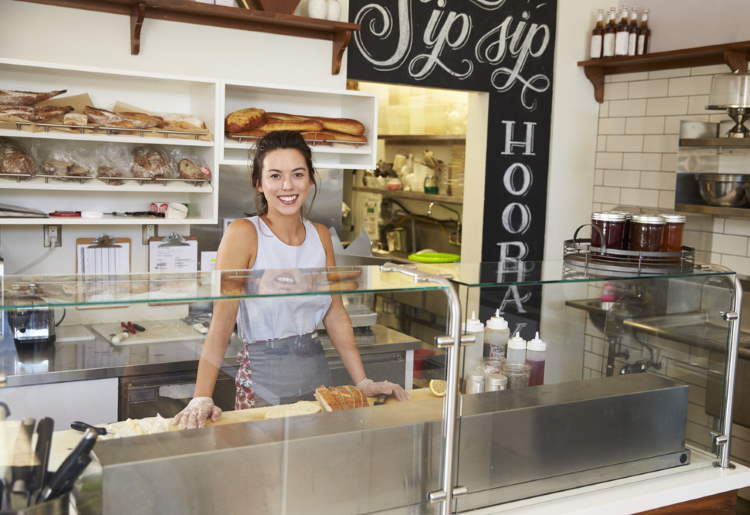 Starting a business is risky at the best of times, and even more so with the country heading for a recession. But the good news is that when the inevitable economic recovery occurs, opportunity will again present itself for small business owners.

One of the best ways of mitigating the risk of owning a small business is to set up shop in the right place. LendingTree recently ranked America’s 50 largest metro areas by how good they are for small businesses. Its researchers looked at the following data points:

Now we know the full list, let’s delve into the main reasons why each of these metro areas is good for your business:

Seattle isn’t just the city where global powerhouses like Amazon, Microsoft, Starbucks, Costco, and Boeing were born. It’s also a great place for small businesses. According to the LendingTree study, 70.3% of businesses in Seattle earn less than $1 million in revenue. Seattle has the highest percentage of profitable businesses in America, with 70.9% of firms in the black.

Given its connection to the tech industry, Seattle is a particularly good place to open a tech startup. Seattle’s Office of Economic Development offers an extensive list of resources for startups, including coworking spaces, incubator and accelerator programs, angel/seed investing groups, and startup events.

Denver probably isn’t the first place that people think of when deciding where to open a new business. But it turns out the Mile-High City has a thriving small business culture. According to the LendingTree study, 35.7% of Denver businesses opened up in the last five years. An impressive 69.4% of firms in the city are profitable.

One of Denver’s greatest advantages is that it’s home to a diverse range of fast-growing sectors. These include tech, energy, health care, telecommunications, biosciences, IT, and even the legal cannabis industry. Throw in the amazing backdrop of the Rocky Mountains and you can see why many people move to Denver to open a business.

Tampa is the first of three Florida cities to feature in the top 10 (or four of the top 11, if we include 11th-placed Jacksonville). There’s just something about the sun that attracts people to set up small businesses. In fact, 74.1% of Tampa metro area businesses earn less than $1 million in revenue – the second-highest in America after nearby Miami.

Once known for Miami Vice and drug cartels, Miami has cleaned up its act in recent years. It has by far the highest percentage of businesses with revenue less than $1 million, at 76.7%. And it’s number three in the country for firms with fewer than 250 employees, at 94.6%.

Being a big city, Miami is a good place for small businesses of all types. It’s particularly favorable for businesses that deal with tourism and leisure – whether directly or indirectly. Due to its geographic location and high proportion of Spanish speakers, Miami is also a good launching pad for doing business in Latin America.

Portland is one of the smaller cities on this list, but it easily makes it into the top 10. According to LendingTree, 69.8% of Portland area businesses are profitable, fourth-best of the 50 largest cities in America.

While Oregon has a relatively high corporate tax of 7.60%, it also offers many incentives for small businesses. For example, Oregon Investment Advantage encourages small and medium businesses to start or locate in selected counties in the state. Portland is known for sporting and outdoor apparel companies like Nike and Columbia Sportswear (both located in nearby Beaverton). But the official incentives make it worthwhile for businesses of other types too.

The Best Business Loans of 2020

How to Qualify for a Business Loan in 6 Steps

Atlanta didn’t stand out for anything in particular in the LendingTree survey. Rather, it did a solid job in each of the four metrics, ranking in the top 20 cities on all four areas of measurement.

With the fourth-largest number of Fortune 500 companies in America (after New York, Houston, and Dallas), Atlanta already had a strong business reputation. In recent years it has attracted more small business, thanks to strong business incentives like grants, state tax credits, and assistance with site selection. Hartsfield–Jackson Atlanta International Airport is the world’s busiest airport (ahead of Beijing and LAX) and has the second most domestic connections in America (after Chicago).

Florida dominates the top 10 cities for small businesses, with Orlando the third on the list. According to the LendingTree study, it ranks third for percentage of businesses with less than $1 million revenue – behind nearby Miami and Tampa. This shows that small businesses can thrive in Orlando.

Like the rest of Florida, Orlando offers a great combination of low taxes, amazing weather, and proximity to tourism and entertainment sites. In Orlando’s case, the fact it has Universal Studios and Disney World is great for any business.

It turns out there’s more to this city than just glitz and glamour. Surprisingly, 98% of Los Angeles businesses have fewer than 250 employees, which is the second-most in the entire country.

It could be said that many American small businesses piggyback off Hollywood. But there’s a lot more to Tinseltown. Other thriving industries include fashion, hospitality and tourism, professional services, healthcare, and transportation and logistics.

If we were surprised to see LA on this list, then we were *really* surprised to see New York. The Big Apple is the undisputed business capital of the world. And yet, according to LendingTree, it has the highest percentage of businesses with less than 250 employees – with 98.8% of NY firms counting themselves as small businesses.

It’s hard to sum up the benefits of being a small business in New York in one paragraph. Despite the ridiculously high taxes and high cost of living, New York is quite simply the center of everything. That means whatever your business, you’re close to mentors, investors, millions of potential customers.

Like Atlanta, Minneapolis doesn’t particularly excel at one thing; it just does everything better than average. It is 7th among US metro areas for the percentage of profitable businesses, with 69.1% of businesses reporting positive profit and loss statements.

Broadly speaking, it appears there are two advantages to doing business in the Twin Cities. One, the state of Minnesota has the highest percentage of adults in America with a high school degree (93%). Two, it’s generally agreed the quality of life is high there.

Your City, Your Business, Your Rules

The thing we like about the LendingTree study is that a good mix of cities ended up in the top 10. Yes, Florida dominated with 3 cities. But you also have major cities (LA, New York) mixed in with smaller ones (Portland, Minneapolis); sun (Miami, LA) mixed with cold (Seattle, Minneapolis); and a mix of regions (3 on the Pacific Coast, 2 out west but inland, 4 in the southeast, and 1 in the northeast).